French Minister of Public Action and Accounts Gérald Darmanin confirmed September 16 that France would be the 18th country involved in the voluntary international compliance assurance program (ICAP). France’s involvement in the pilot is meant to strengthen its relationships with companies in various countries, and represents yet another way in which France is working on improving international tax certainty, Darmanin told an audience during the OECD’s inaugural Tax Certainty Day.

France wants to continue working on international compliance, and at present, there are only three people working on the issue in his ministry, Darmanin said. However, there are plans to expand its workforce to 15 because tax certainty is important, he added.

The program, a voluntary pilot developed by the Forum on Tax Administration (FTA), is meant to encourage multilateral talks among large multinationals and tax authorities and to enhance tax certainty and assurance. The pilot, launched in January 2018, uses country-by-country reports under action 13 of the OECD’s base erosion and profit-shifting project and other information to feed into a multilateral assessment of specific international tax risks that participating multinational groups present.

The ICAP initially had eight participating FTA members (Australia, Canada, Italy, Japan, the Netherlands, Spain, the United Kingdom, and the United States), but has expanded to 17. The FTA confirmed during the March plenary meeting in Santiago, Chile, that the ICAP would move into phase two. Companies including Shell International BV and Barilla have reported positive experiences with the ICAP pilot.

Darmanin introduced legislation in 2018 to improve trust between taxpayers and the French tax administration, and it comprised seven measures, including the creation of an international office that enables the French tax authority to assist multinational French companies that don’t understand how the tax code works in some countries in which they have operations. The legislation also provided a facility for companies that want to regularize their tax affairs, and it required tax rulings to be published in order to help companies better understand France’s tax rules — measures that also help with tax certainty, he added.

Darmanin will soon introduce a new bill that would ensure that all tech companies pay what they owe in tax and comprises a mix of measures that have already been implemented in Italy, Greece, and the United Kingdom related to electronic invoicing, taxation of digital platforms, and combating VAT fraud. He alluded to targeting digital platforms’ distribution centers, in line with what the United Kingdom already does. The forthcoming changes appear to be related to a new EU VAT framework targeting e-commerce sales that takes effect in January 2021.

The minister reiterated France’s intention to apply its controversial digital services tax. He also pointed to the recent €965 million tax evasion settlement with Google, announced September 12, as proof that no taxpayer can escape taxation in France, even if it takes time.

The Google settlement is interesting because if France had not introduced key anti-fraud legislation in October 2018, it would not have been in the position to recoup that money, Darmanin said.

The View From Austria

Austria has also been invited to participate in the second phase of the ICAP pilot, according to Eduard Müller, Austria’s federal minister of finance, who spoke at the OECD event. The other countries joining phase two of the ICAP pilot that were confirmed in March include Belgium, Denmark, Finland, Germany, Ireland, Luxembourg, Norway, and Poland.

In a similar vein, Austria is conducting pilot programs for small and medium-size enterprises and microbusinesses. The former adopts the standard audit file for tax, an OECD standard for the submission of electronic accounting data by businesses to national tax authorities, and the latter involves a cash accounting app that generates an automatic tax declaration for microbusinesses at the end of the year, Müller said.

“Cooperative compliance is only one side of coin — it works well if you’re able to create a climate of trust,” Müller said. “But it is also a matter of trust for honest [and cooperative] taxpayers that they know . . . that tax administrations will also use the full power of the law on dishonest taxpayers.”

Elodie LAMER contributed to this article 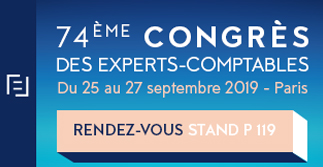